5 Березня 2015
Boris Nemtsov paid the highest price for his freedom and also for the ideal he cherished all his life, the ideal of yet another Russia
Facebook
Twitter

On 27 February 2015, the noted Russian politician and spokesman on human rights and civil liberties Boris Nemtsov was assassinated in the city center of Moscow, in the Kremlin’s vicinity. Was the red line crossed this time by those who orchestrated and committed this cynical murder (provided there is any in this surrealist and diabolical political game)? Who was behind the crime that left Russia and the world in shock and dismay? And who was afraid of Boris Nemtsov?

I have met Boris Nemtsov in Brussels during my term as a member of the European Parliament (2009-2014). Together with his friends and brothers-in-arms Mikhail Kasyanov and Gary Kasparov, he attended one of those countless seminars and hearings on the situation of human rights and civil liberties in Russia that the European Parliament and especially its liberal faction was organizing. He spoke with nonchalant dash, courage, ease, even playfulness – everything that was at odds with that sort of dramatic fashion in which the opposition folks and human rights activists are expected to send their message.

To put it plainly, Nemtsov, no matter how successful in his young days when he became vice prime minister of Russia under Boris Yeltsin (whose protégé and political disciple he was), was not a direct threat to Vladimir Putin and his regime in terms of popularity and ratings. Over the past years, Nemtsov established his reputation in the eyes of American and Western European policy makersas an embodiment of yet another Russia, rather than as a challenger of Putin’s establishment. With all due respect and admiration, Boris Nemtsov, a bone fide defender of democracy and liberal values, was insufficiently popular in Russia to live up to the status of a real threat to regime and to the criminal state it has institutionalized. Instead, he was a living hope for the better times to come.He appeared a bon vivant of the Russian opposition: amidst other dissenters and critics of the Kremlin, Nemtsov struck everyone as a person devoid of any sense of fear and insecurity. He had lust for life celebrating its every episode. People, who are in existential rush or who do everything to the full never being quite content with half steps and half measures, usually have a strong feeling of their mortality and vulnerability. This seems to have been the case with Boris Nemtsov. He spoke with courage and resolve, yet with the smile on his face, about war crimes and violations of law, both Russian and international, committed by the Kremlin. He was always unambiguously clear about Russia’s war in Georgia as well as about Russia’s aggression and war in Ukraine.

This means that Nemtsov may have fallen a prey to neo-fascist and revanchist forces unleashed by Putin. The two minute hate sessions practiced on Russian TV channels loyal to the regime, have created the atmosphere of fear, paranoia, and hatred. Those forces may have become close to Victor Frankenstein’s monster that gets out of control and does not obey his master anymore. At the same time, it may well have been a revenge for Nemtsov’s long-standing fight against the Kremlin, or the last and successful attempt to silence him before he published some eye-opening materials exposing the role of the Kremlin and the Russian military in Ukraine.

RELATED ARTICLE: Why is Russia so persistently aggressing on Ukraine?

Whatever the case, Boris Nemtsov paid the highest price for his freedom and also for the ideal he cherished all his life, the ideal of yet another Russia. I knew the unforgettable Anna Politkovskaya whom I met in 2003 and who was killed in 2006. I felt that an epoch was brought to a close with her passing; I have the same feeling now. Boris Nemtsov’s death signifies the arrival of a new epoch, and the world will never be the same.

True, we knew and understood how brutal the regime is and how dangerous it could be; yet it never occurred to us that the former governor and vice prime minister of Russia could be assassinated in the heart of Moscow. There was a feeling then that some characters, no matter how daring, would be left in peace and security for the sake of the show, as if to say that Russia’s is a truly “sovereign democracy” (to echo the pearl of Vladislav Surkov’s demagoguery) – well, a travesty of democracy, but still, as one would have thought, something different from overt tyranny and fascism.For now, this feeling is gone along with other hopes and illusions. The system proved capable of assassinating not only Politkovskaya or Natalya Estemirova, but Boris Nemtsov as well.

RELATED ARTICLE: Exiled leader of the Chechen Republic of Ichkeria Akhmed Zakayev: "It's dangerous to live as though there is no war going on"

Boris Nemtsov was a young person in the deepest sense of these words. He refused to get old in the sense of getting ready for a compromise for the sake of easy living. His murder is one more horrible blow to liberty, democracy, and decency in Russia. We will never forget Boris Nemtsov whose name was an epoch and an unfulfilled promise of yet another Russia.All in all, this is nothing other than Russia’s unholy war against the best it has – its courageous, fearless, and noble-spirited humanists and nay-sayers. Everything started with Piotr Chaadaev and the Decembrists (whose heroic uprising marks 190 years in 2015); everything culminated with the murder of another bunch of the best people of Russia, from the journalists Vladislav Listyev and Yuri Shchekochikhin, to the human rights defenders Anna Politkovskaya and Natalya Estemirova, and to the dissenting politicians Galina Starovoitova and Boris Nemtsov. Incidentally, we know that when Chaadaev was released from his home arrest and allowed to visit friends, once he was observed by a group of young literati with secret admiration. When Vissarion Belinsky who hosted the event began talking about young people in Russia, Chaadaev reacted with a brief remark: “And you still believe that there are young people left in Russia?”

RELATED ARTICLE: Ulrich Speck: "What was the minority position towards the Russian aggression has become the majority one in the EU. The main driver of this was Russia itself" 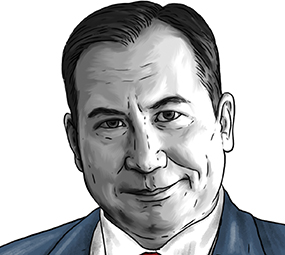 My mistake: Why we still fail to understand properly the nature of Vladimir Putin’s regime 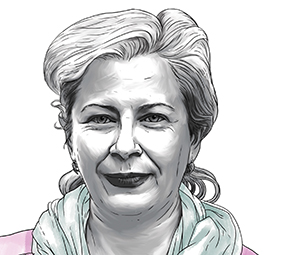 "Minsk is an attempt to escape from reality"

The Pope in Havana: A new walk to Canossa?

What Happened to the World? Ukraine Was Born Anew

Neither Friend nor Foe Who Saved Europe