Global AgeWatch Index: Old people in Ukraine live better than in Russia, but worse than in Vietnam.

Sweden is the best country for the elderly and Ukraine lags behind, Global AgeWatch Index reports 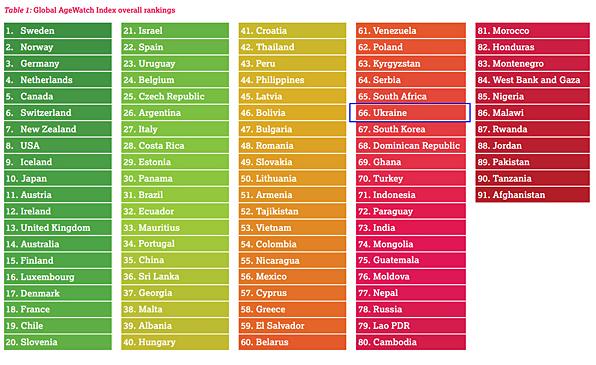 READ ALSO: The Grim Outlook for Pensions and Pensioners

While there is not a strict correlation between the Global AgeWatch Index and general income inequality, there are examples of countries with lower levels of inequality doing well in the rankings. Low-inequality countries of Northern and Western Europe – Sweden (1), Norway (2), Germany (3) and Netherlands (4) – do particularly well in the Index. Similarly, the low-inequality countries of Latin America such as Uruguay (23) and Venezuela (61) perform better in the Index than highinequality neighbouring countries such as Paraguay (72), Guatemala (75) and Honduras (82).

READ ALSO: Pension inequality in Ukraine: UAH 15 Thou for deputies, 8 Thou for judges and 1 Thou for teachers 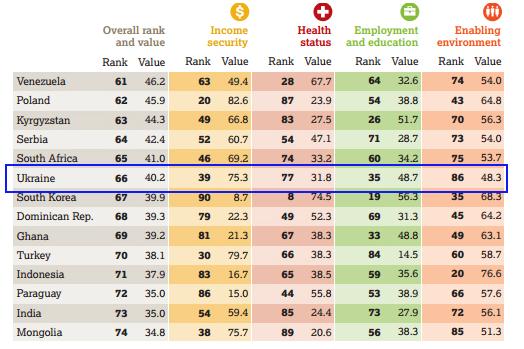 Pension inequality in Ukraine: UAH 15 Thou for deputies, 8 Thou for judges and 1 Thou for teachers