Behind the party scenes

How the new parliament will be different from the previous one, and why the latest change is not a revolution

Everyone has seen the political portrait of the 9th Verkhovna Rada. It can be looked at from different angles.

First of all, the new Rada has many more new faces and first-time MPs. The previous parliament had 51%, the current one has 79%. Most newcomers have got in with Volodymyr Zelenskiy’s Servant of the People and Sviatoslav Vakarchuk’s Holos – both have no “old” politicians whatsoever. Surprisingly, the Opposition Platform – For Life is second with 62% new faces. Fatherland and European Solidarity bring 21% new people each. History proves that a change of faces in parliament does not necessarily improve the quality of Ukrainian parliamentarism. Why this happens is an open secret.

An absolute majority of MPs get to the political peak via three lifts. One comes from business: some business owners enter the parliament through first-past-the-post constituencies while others buy places on party lists from political leaders. Many bring their puppets to parliament, including top managers, business partners and more. Another lift is regional power structure which is, too, mostly staffed by local business magnates. This reveals a grain of truth in the phrase about politics as the top league of business. The third lift is continuation of career for party functionaries, including assistants to MPs, advisors to influential politicians etc. Many “new faces” come from the lower layers of the old clan and oligarch system or have long wanted to enter into mutually beneficial cooperation with it. It is thus unsurprising that every new convocation of the Rada replicates the pathologies of the previous one.

Passengers from all these lifts were easily identifiable in the 8th Rada. MPs from the business environment made up 50% while civil society, from activists to volunteers and veterans, constituted 10%. This time, there will be fewer businessmen in parliament and far more representatives of civil society: 43% and 25% respectively. An MP’s background is not the sole definer of his or her political conduct. But this reveals how Ukrainian parties still lack real contact with the citizens. At best, they are entities built around a permanent leader. At worst, they are franchise projects set up in a rush to fit into a specific electoral map. In this, the 8th and the 9th Radas are not very different. The Servant of the People undermined this notorious tradition to some extent. On one hand, it illustrates the controversial features of the old parties as an incarnation of the franchise approach to party building. When the Servant of the People was established, it did not create any real infrastructure on the ground or offer any ideology or a clear platform. On the other hand, the franchise was given to anyone because of the catastrophic rush and a deficit of good people to recruit. This de facto opened the window of opportunity to anyone. As a result, the Rada now has 254 new faces of which most are not just out-of-the-system, but candidates by accident. Will this lead to quality improvement of Ukraine’s parliament is an open question. We will soon see how many people of those who got into the window are reformers from beyond the system, and how many turn into burglars in politics. The popular term “new faces” may well become a sarcastic meme by the end of the current Rada convocation.

Contrary to expectations, the influx of show business people was not huge. The 8th Rada had just 1% of MPs with such background; the current one has 4%. But it does not necessarily take a professional performer to turn politics into a show. The good news is that Ukrainians respond to the show, rather than to the celebrities performing it. Volodymyr Zelenskiy and his team have staged a great performance with the subsequent results. Holos with its celebrity frontman Sviatoslav Vakarchuk and comedian Serhiy Prytula in the background barely crossed the 5% threshold because it offered neither show nor generous promises to the voters. The Agrarian Party came out even worse: the duo of Oleh Vinnyk, a pop star, and Mykhailo Poplavskiy, a long-time performer and president of the Culture and Arts University in Kyiv, ran with the party but failed to rescue it.

The bad news is that politicians are now following celebrities as role models, decorating their party lists with war veterans, well-known activists and volunteers. The presence of civil society in parliament is necessary and good. But there will hardly be any systemic change for as long as the political system simply recruits individual actors for its needs. Previous experience shows that they have little healing effect on the rest of MPs. And some succumb to the worst traditions of Ukrainian parliamentarism.

The 9thRada is much younger. MPs under 35 used to make just 5% of it in the past. This share has now grown to 26%, mostly thanks to the Servant of the People. The number of MPs aged between 35 and 50 has barely changed, while the share of 51+ has halved from 35% to 16%. Again, this will not necessarily improve the work of the Verkhovna Rada. The old national-democratic prophecy claiming that the young people born in the independent Ukraine will vote “for Ukraine” (implying national democrats) was crushed by the presidential election when the turnout of young people was the highest but the vote was different than expected. Obviously, the coming years will also crush the myth about “the young” being the most capable in running the country. This would not be a problem of individuals. Quality governance is shaped by quality decision-making procedures and reliable institutions, not some amazing qualities of specific individuals, such as untainted reputation, personal moral resilience, special socio-political origin, proper age and more. Therefore, claims of a “velvet electoral revolution” this year are premature.

A change of party flags and faces in parliament are superficial shifts. They can not always affect deep pathologies of Ukrainian politics. The defeat of a number of political projects that have long exhausted their potential is a normal phenomenon. The rotation of MPs is normal too. Despite all the media buzz, the new Verkhovna Rada might prove far more similar to the old one than many expect because the principles of formation have not changed. Hoping that the chaos brought about by the Servant of the People will also bring new quality of politics is tempting but naive.

RELATED ARTICLE: Under the pressure of its weight 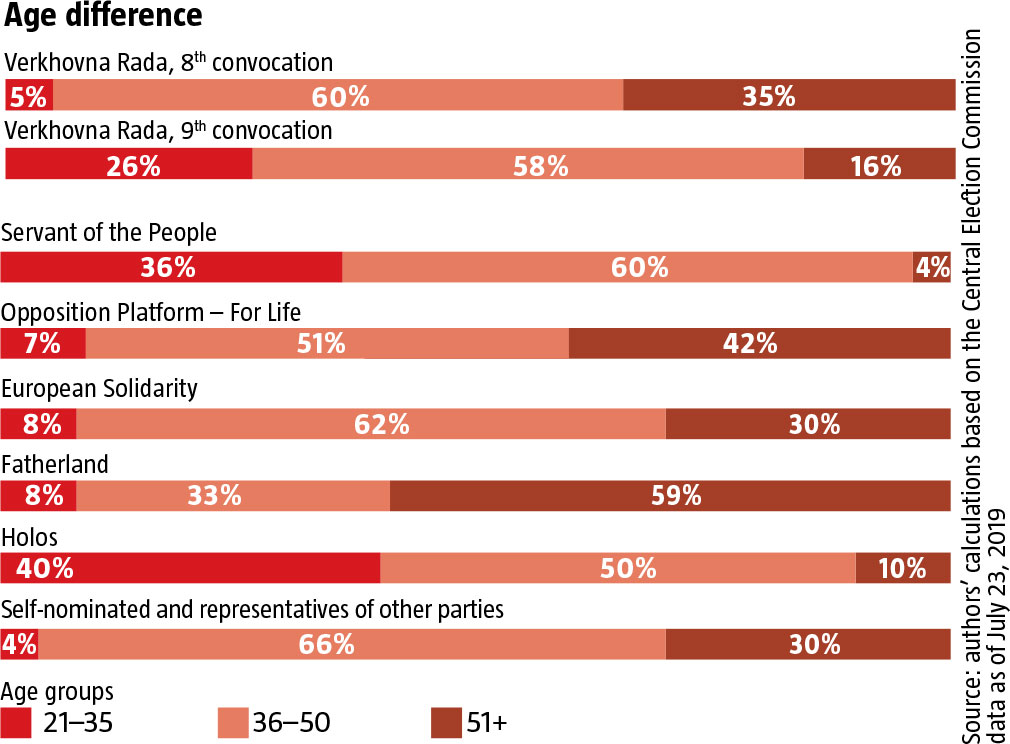 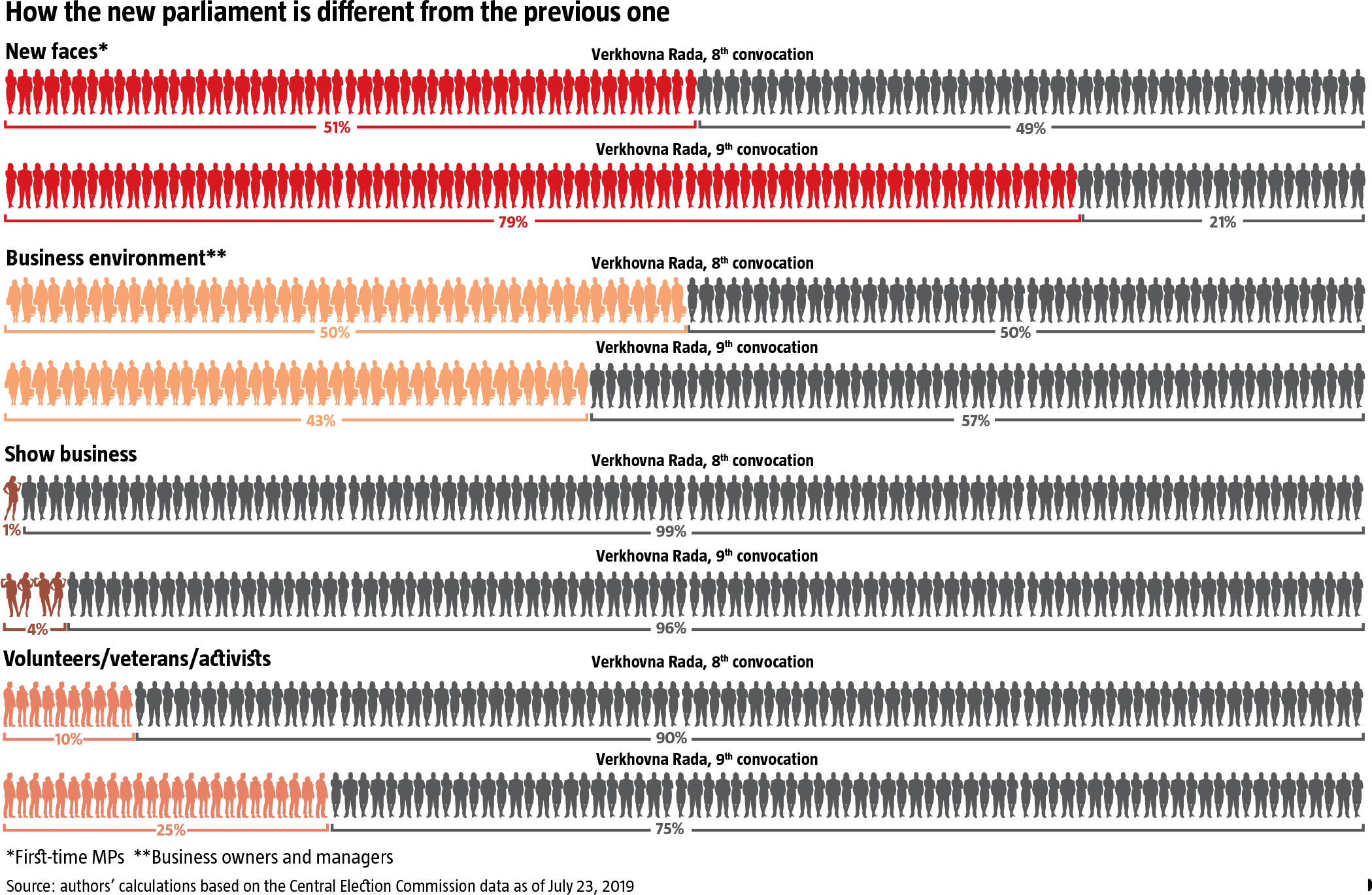 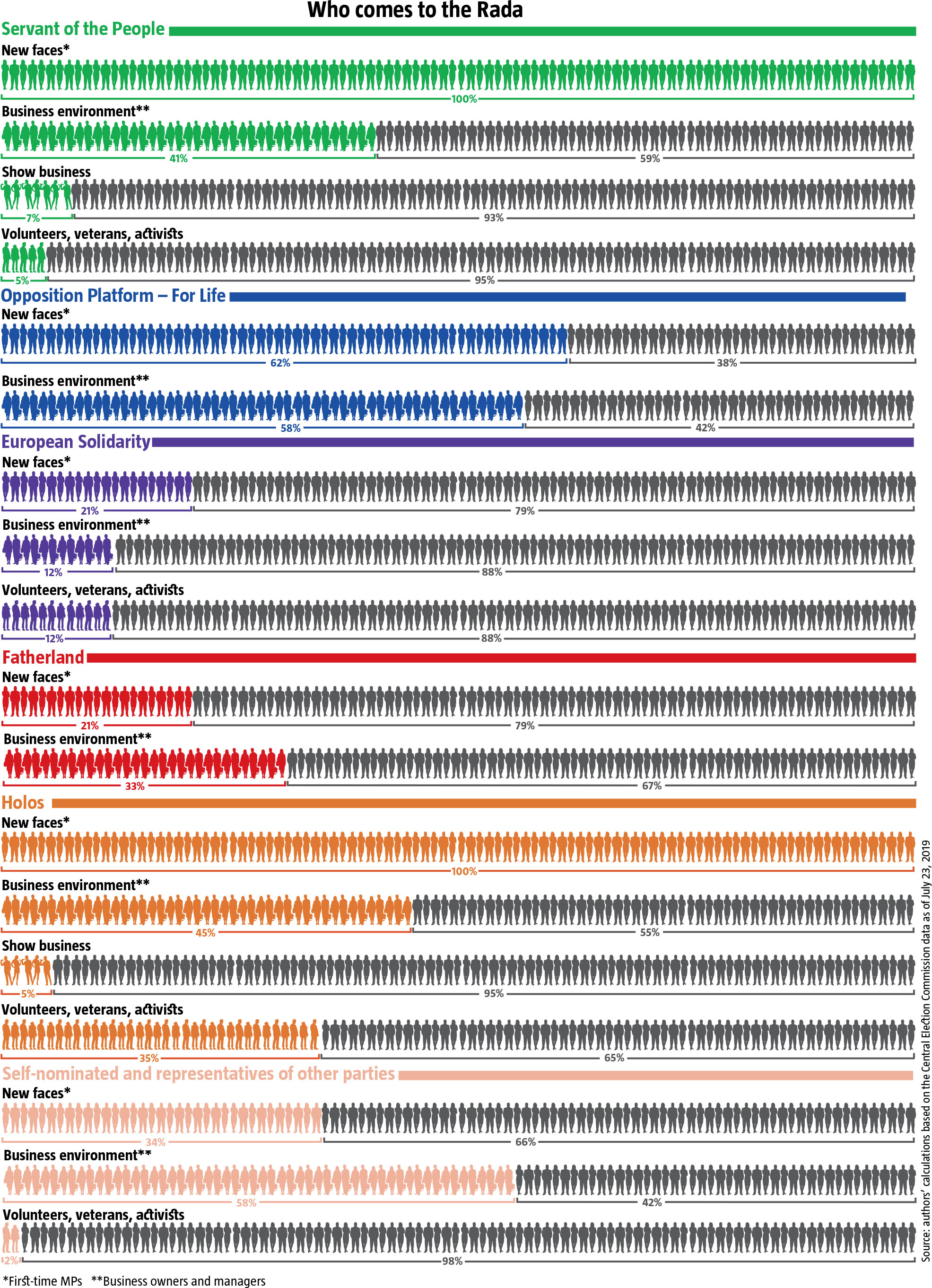 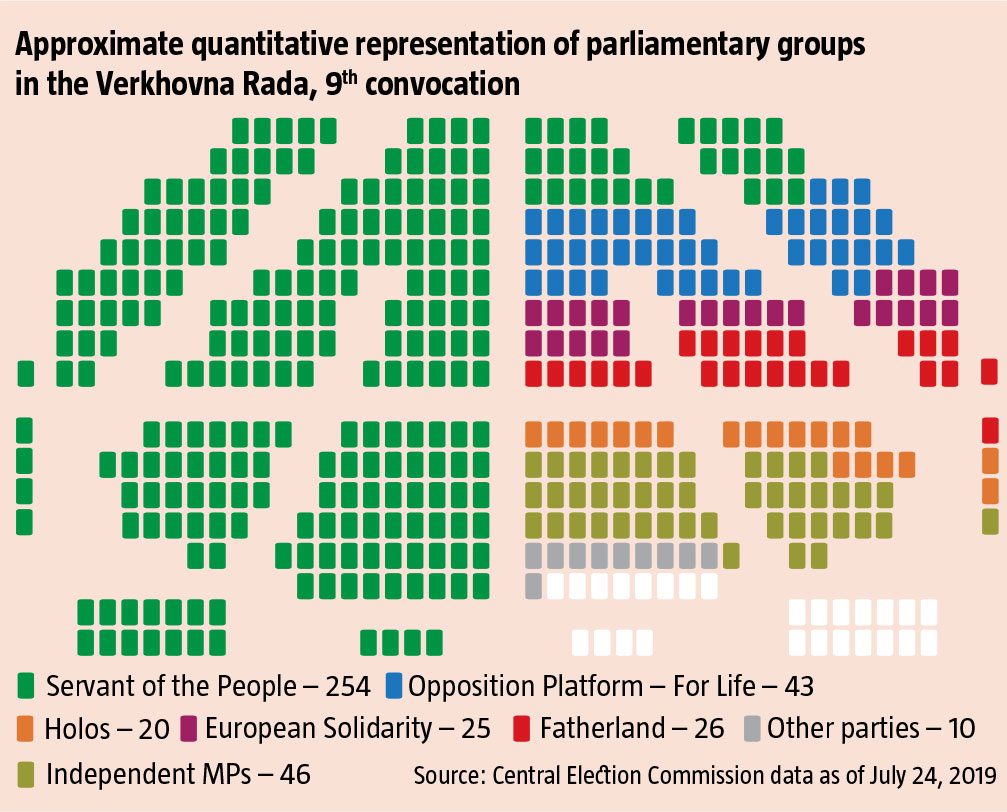 Özgür Ünlühisarcıklı: “I think the US-Turkey relationships as we have known it is already dead”

In the trap of luxury

The high cost of exchange

Between a rock and a hard place